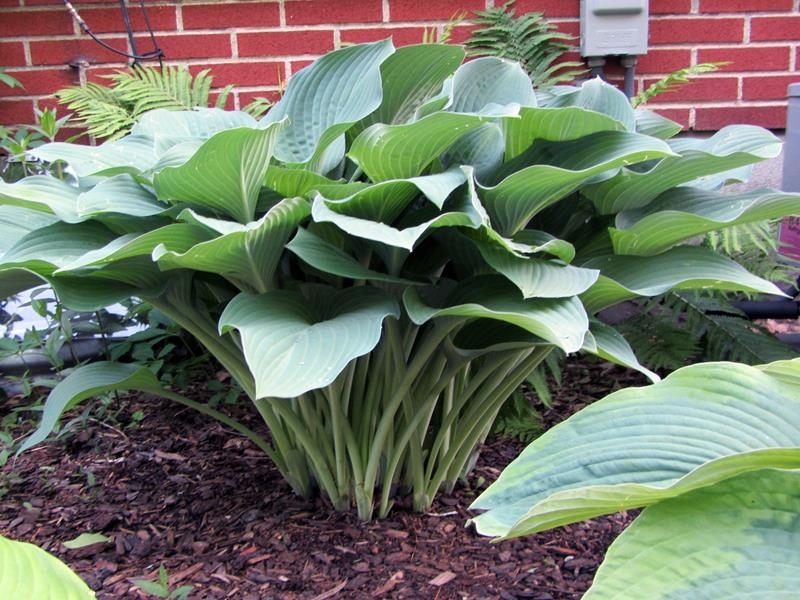 Leaf blade 11in by 7in . 'Krossa Regal' is a 1974 Eunice Fisher Award hosta and a must for every garden. It displays an upright vase-shaped habit of frosty blue-green wavy leaves. It has lovely orchid colored flowers on 5' scapes. The hosta was brought from Japan by Gus Krossa, who purchased it there, and registered in 1980 by Alex Summers. The leaves are leathery and held at a distinct angle. The plant is good to use with base plantings because of its upright habit. It is generally accepted to be a nigrescens hybrid and has not yet produced a viable seed. A good grower and one of the most common and distinctive hostas, it is considered one of the cornerstones of a hosta garden.